My husband and I went to Boston in December and had the most amazing time. It was such a wonderful trip and I can’t say enough good things about the city of Boston. The highlight of the trip was definitely the amazing seafood, most of all, the Lobster!

Living in Dallas the extent of my Lobster feasting is when Central Market or Sprouts has a sale on Lobster tails. I rarely order it out because of the considerable cost. We probably ate it in some capacity every day of the trip, but my favorite were the Lobster Rolls!! I had never had one until Boston and now I’m officially hooked. The only problem is, where can I get a quality Lobster Roll in Dallas?

Well, I’ve heard of a few places that apparently have New England Style quality rolls, but that I will have to judge for myself. The first place Matt and I tried out was Sea Breeze Fish Market and Grill in Plano and I must say, everything was pretty tasty. The store is very charming with a distinct cafe feel. With their selection of fresh fish for purchase, small number of tables for dining, and a nice selection of beer and wine, the atmosphere lends to an enjoyable dining experience.

Sea Breeze was recently voted the Best Clam Chowder in Dallas by D Magazine and I definitely know why. We ordered a bowl to share for an appetizer and it was exceptional. It had that perfect level of creaminess and the clams were not too fishy at all. The ingredients were simple and very very tasty. It was the most authentic New England Clam Chowder we’ve had in Dallas for sure. It is a must try.

Now for the star, the Lobster Roll. I will start off by saying, I know I am not in Boston, so therefore I do not expect a Boston quality roll, but I hope to find one pretty damn close! At first site the amount of Lobster meat was reduced by half of what you get in New England. If there was the same amount of meat the $13.99 price would undoubtedly be doubled making it less attractive for a lunchtime meal. The bun was authentic and toasted to perfection, but my biggest complaint was the amount of butter. I am not one to say, you can never have enough butter. In fact, I prefer butter as a light backdrop of flavor, not the main attraction. It was so intense that at times it’s all I could taste. It felt like the lobster was fighting to push it’s flavor through. The meat itself tasted fresh and thankfully there wasn’t too much mayonnaise added to the mixture. Overall, I would give the Clam Chowder a 5 out of 5 and the Lobster Roll 3.5 stars out of 5. I will definitely go back to Sea Breeze. There were multiple things on the menu that made my mouth water. Now, I must scope out the next spot in my quest to find the best Lobster Roll in Dallas!

Thanks to our friend Eric for this great recommendation. The hotel was beautiful, the room was perfect, and the restaurant was delicious. Oh and the free cocktail happy hour was the icing on the cake. We will definitely stay there again! 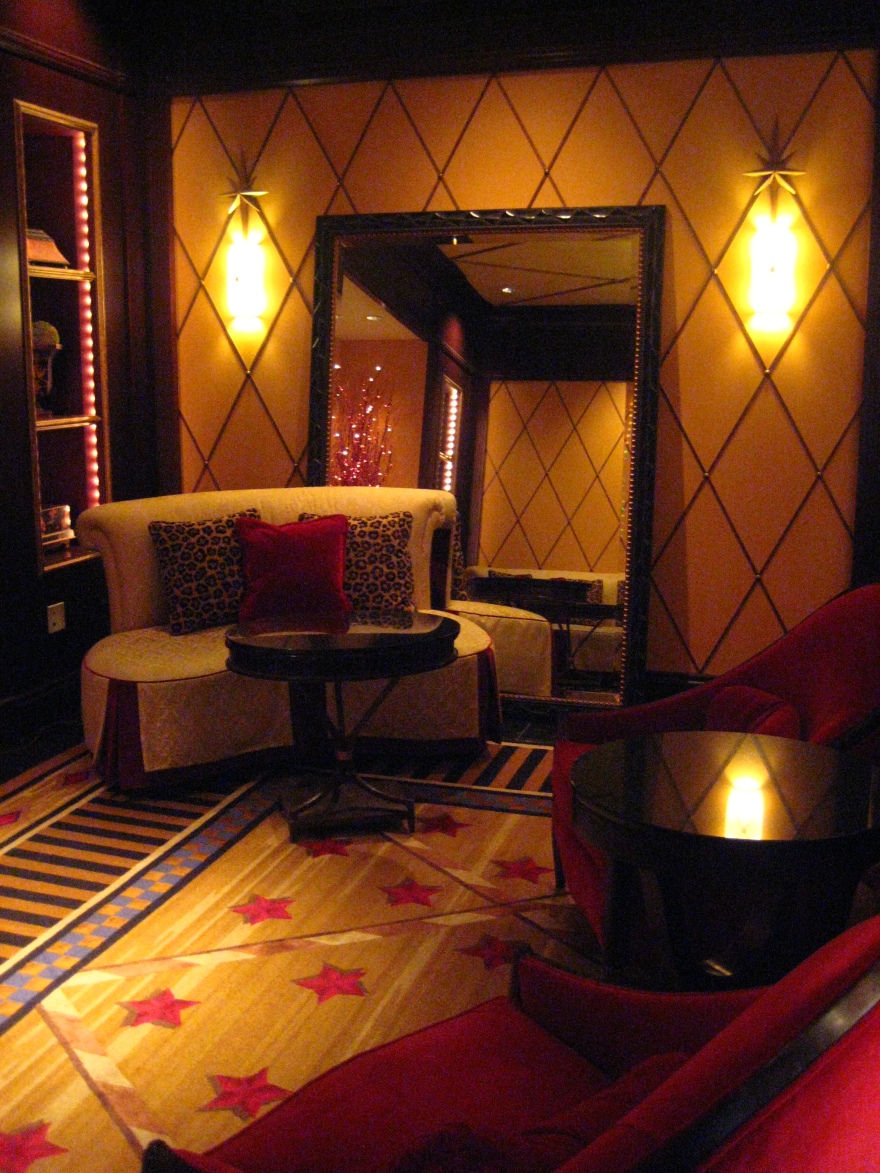 Verdict: 5 Stars on everything and the best Clam Chowder of the entire trip 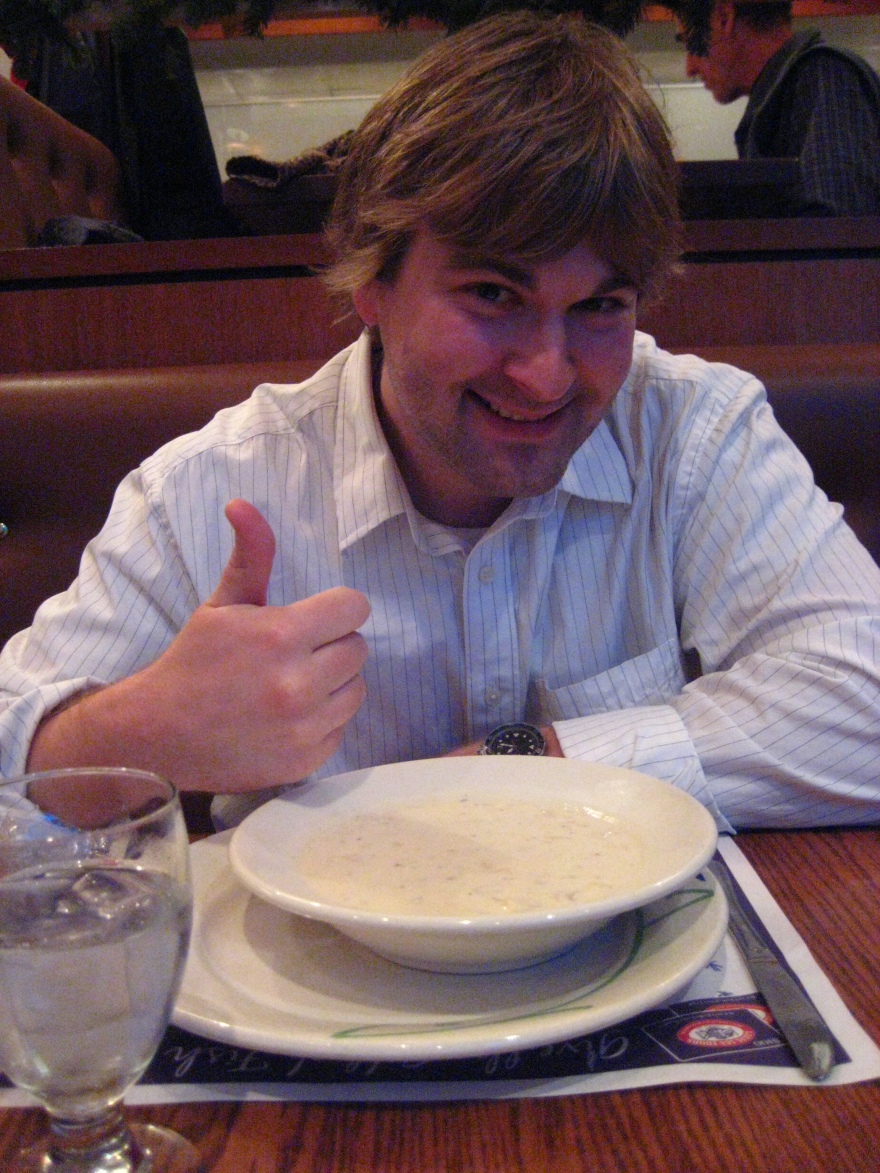 Verdict: 5 Stars for the oysters – the most succulent fried oysters I’ve ever had. 4 Stars for the Chowder and Scampi. 3.5 Stars for the Newburg – unfortunately it was so rich I could barely eat it, but don’t worry…no lobster was wasted!

Consumed: Soup of the Day, Clam Chowder, Fish and Chips 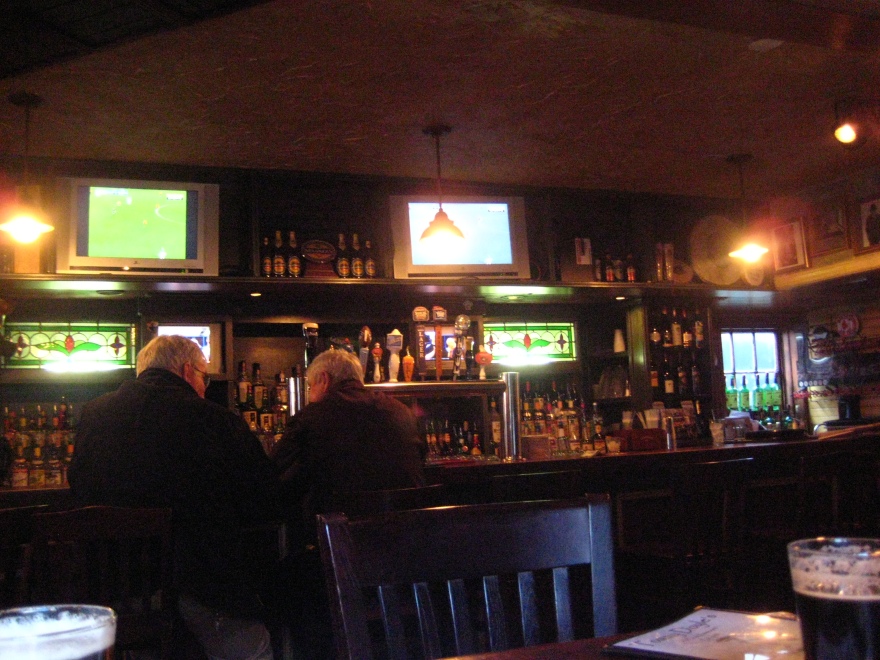 Verdict: 5 Stars and unbelievable! We stopped in to have a quick appetizer before we headed in to Boston from Cambridge and it set our palets souring!! Amazing! 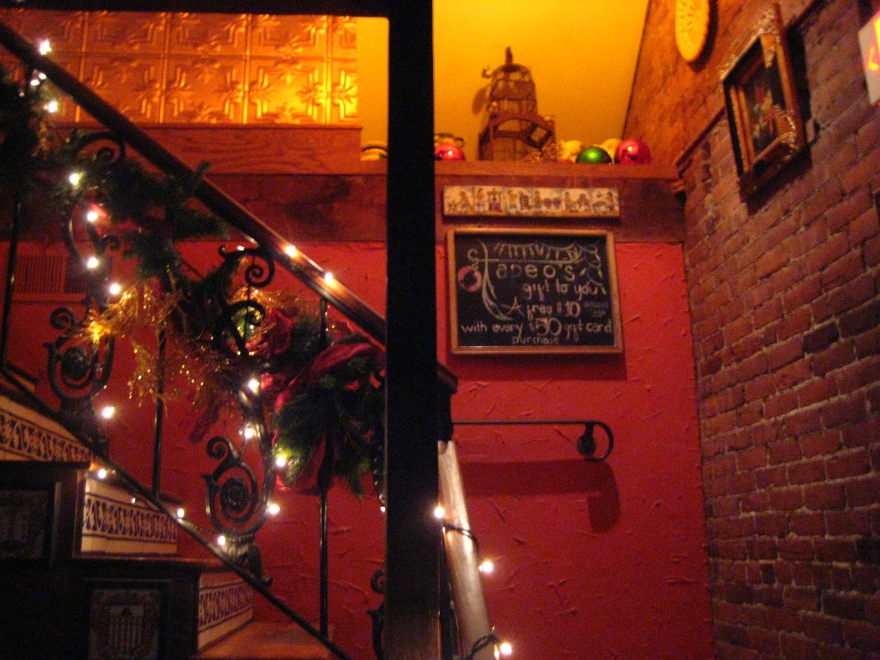 Verdict: 4 Stars for everything! Yet again we were not disappointed. The Fried Clams were delish and the broiled seafood was so fresh and succulent. They were out of scallops for the dish and our amazing waitress brought us out a side dish of lobster meat! This was a perfect example of the amazing hospitality we received in Boston the entire trip from waitresses, to our concierge, to people on the street that we asked for directions. 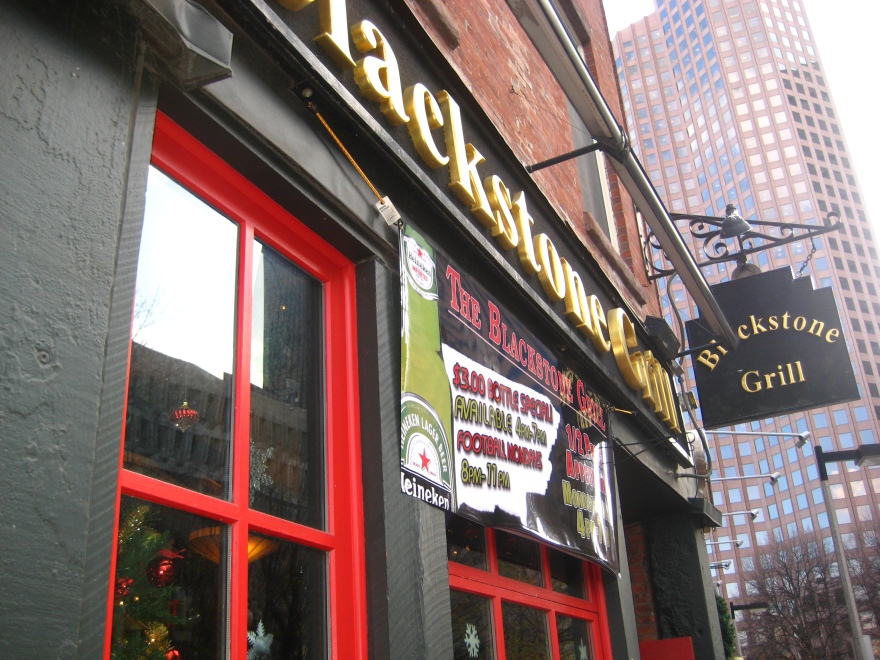 Verdict: 4 Stars for the Mussels – delicious but some of them didn’t taste 100 percent fresh. 5 Stars for the entrees – the best Lasagna and Chicken Verdicchio I’ve ever tasted!! The best Italian food I’ve ever had (in the States of course)!

Verdict: AMAZING!!!!!!!!!!! 5 Stars a million times. The best cannoli I have ever tasted!! The perfect end to our last dinner of the trip. 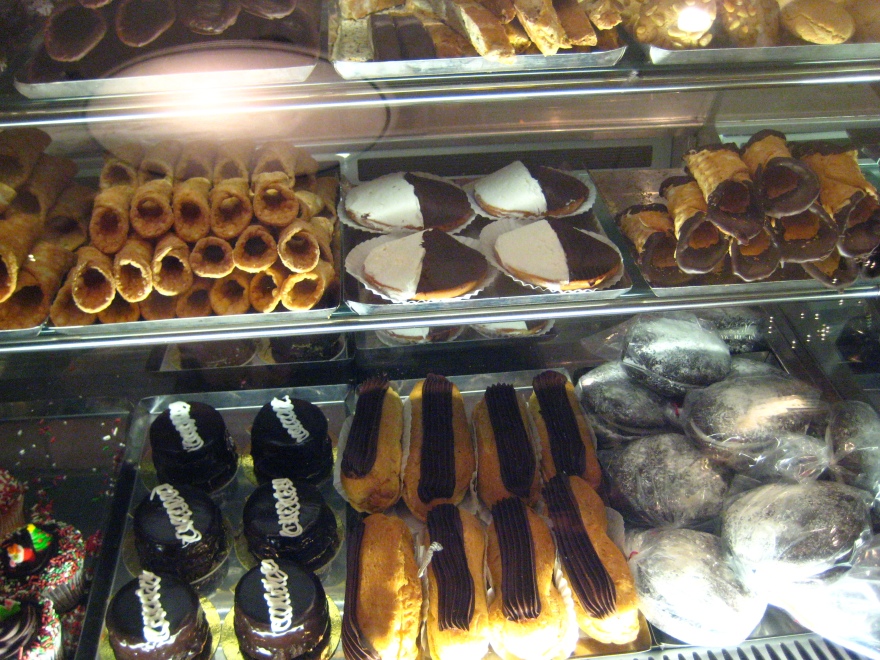 Verdict: 5 Stars!! Believe it or not this was the best Lobster Roll of the trip…in the airport! God I love Boston!

I can’t forget to mention the pubs that quenched our thirst! 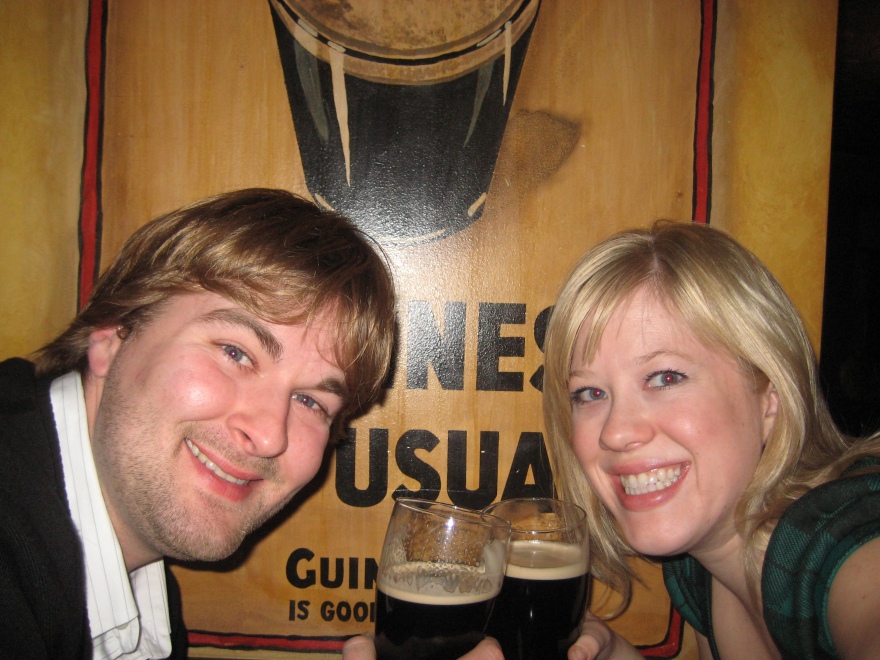