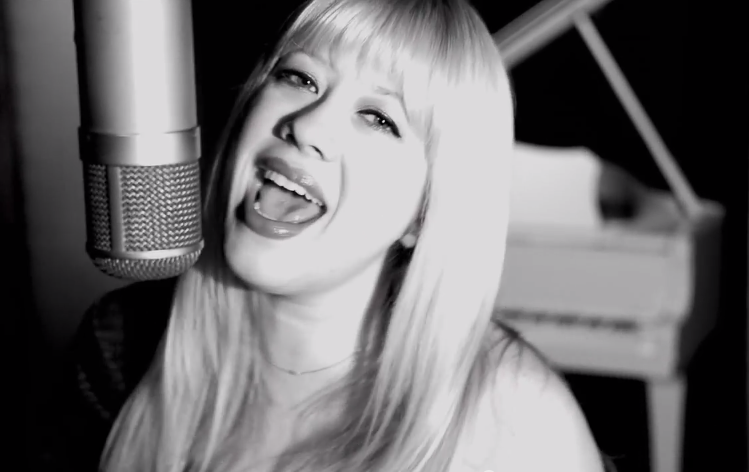 When I first started doing covers on YouTube a few years ago it was a pretty simple process. Sit down in front of my webcam, sing to a track, save and publish. Then I started incorporating piano, a better camera and my OCD. When the hallow room sound wasn’t working for me I switched to GarageBand then eventually upgraded my camera to a Canon Rebel T3i.

As the “upgrading” continued so did my OCD and need to perfect every video. When Jessie J released her newest single Wild off her upcoming album Alive in May I instantly knew I wanted to cover it. I sat down with my producer Josh and said I wanted to do a quick, in the studio, acoustic video that week. I didn’t want to miss out on capitalizing on the current buzz. When he listened to the track he heard more than an acoustic version and came up with an entirely new remix of the song. I fell in love with the track and wanted to do more with the video than just singing in front of a mic….and then the shooting and shooting and reshooting began.

The moral of this story is 6 months later and a serious check on my OCD I eventually went back to my original idea of shooting in the studio. It’s so easy to get caught up in the cover world of competing with the slew of YouTubers for the best video that you can lose sight of how blissful simplicity really can be. So after months of experimenting I’m excited to put this out there and move on to the next thing….which I’m excited to announce will be the release of my first single. I’ve been working with the super talented Josh Goode and Bradley Prakope for over a year on my original material and I’m so excited to release my first single in the next few months.

Check out my new video and get ready for some original music SOON! XOXO