Hollywood Week has officially started on American Idol! From the usual nervous contestant (oh how I can relate) to the fall heard round the world, yes Symone Black is okay, last night’s episode definitely didn’t lack in the drama.

So while you’re waiting to see if Symone made it to the next round snack on my Shrimp Tostadas…they won’t disappoint!!!

Click HERE to read my feature on Reality Rocks!

END_OF_DOCUMENT_TOKEN_TO_BE_REPLACED

We’ve made it past 7 cities and thousands of auditions later so tonight American Idol is taking us to Hollywood (or Pasadena California…close enough). Throughout the auditions I’ve been cooking up city favorites for Lyndsey Parker’s Yahoo! blog, Reality Rocks.

According to the Idol website we were suppose to head to East Rutherford, New Jersey for auditions, but according to conflicting schedules the judges couldn’t make it out for the call back rounds (or so I read online). The recipe I had planned sounded too delicious to pass up so I’m making it for tonight’s Hollywood premier.

This is definitely the easiest recipe I’ve done so far for Snackin’ with Sarah Sellers so try it…it’s good…it’s REALLY GOOD! I think I ate half the plate before all was said and done.

END_OF_DOCUMENT_TOKEN_TO_BE_REPLACED 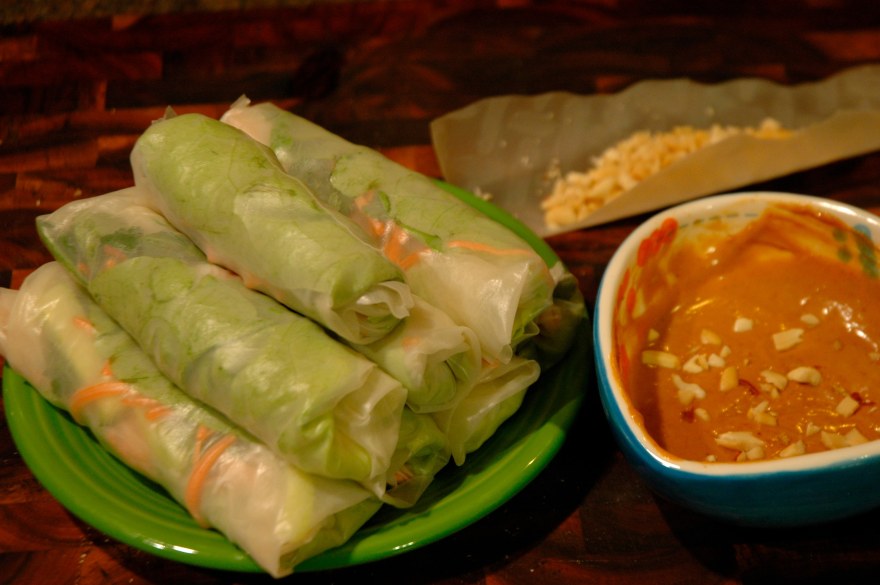 Matt and I visited Portland last fall and I absolutely fell in love with the city. From the diverse culture to the sky high trees and roses lining the freeways, there is a ton of stuff to do and PLENTY of food to eat. So for tonight’s episode of American Idol I new exactly what to cook for the Portland auditions.

My dear friend was born and raised in Portland and always makes the most amazing vietnamese cuisine. When we were in town I was a bit surprised at how many different asian restaurants there were. I have to say, it’s the best asian cuisine I’ve ever had. So I sent an email to Kim and asked her what dish I should make for Lyndsey Parker’s readers on Snackin’ with Sarah Sellers and she suggested this mouth watering treat. I kept true to her recipe for the most part with only a few minor adjustments. For some reason there were no bean sprouts to be found the night I was making it so I substituted it with shredded carrots.

The recipe is very simple and delicious and you can get as creative as you want with the filling. Give it a try and let me know what you think.

END_OF_DOCUMENT_TOKEN_TO_BE_REPLACED

I can’t believe it’s that time of year again. This time last year I was nervously waiting to see if my American Idol audition would air live, and it did. Because of my audition (see it here) Reality Rocks blogger extraordinaire, Lyndsey Parker, reached out to me to become a contributor to her popular reality music blog.

So for tonight’s Idol episode, and my 100th post (yay!!!), we’re heading south to Savannah and I decided to whip up the most southern appetizer I could think of. So throw your healthy resolutions out the window tonight and test out this scrumptious recipe! It’s pretty tasty.

END_OF_DOCUMENT_TOKEN_TO_BE_REPLACED

Alright I PROMISE a food post very soon!! Once I can pull myself up from all the recent Idol madness I will post some new recipes. In the meantime I thought I would post some pics and video from the New Orleans’ episode of American Idol. Needless to say, the experience has been beyond amazing! Thanks again to everyone’s unbelievable support and kind words. Keep watching. Hollywood here I come!!!